We know Europe is like living in hell anymore, haha. Seriously when I was a child I used to want to visit Europe more than anything in the world but over the years it has turned into a globalist echo chamber of lunacy though it’s likely not everyone is brainwashed.

From what I Hear is Fake news is the only “news” they are allowed to have. We also know the same globalist agents are at work in the U.S. attempting to create what is known as hate speech laws. These are not about hate but about persecuting thoughts that are not officially sanctioned. There are severe limits on what you can say online in the Eurozone and it’s oppressive and shameful and has no place in America.

That said most of them have no clue about the great reset, or they are likely (as my bleeding heart brother) to view it with open arms because all the globalist puppets say it’s roses and butterflies. The video we shared the other day from the Great Reset website was made in the UK and many of these globalists revolve around the World Economic Forum, the IMF, and other globalist events. It’s my opinion they hold these meeting there because in Europe it’s likely no one will come to kill them like in America or other places where more of their sinister deeds are known.

People think these are great men but most people have no idea that one of the main characters is George Soros who tried to hide the fact He was literally trained as a Jewish Nazi, He was taken in by a man who He went with to persecute and take the property of other Jewish people, He says this time in his life shaped His very being.

As with most industries, 2020 was a bad year for UK car manufacturing. In fact, it was a very bad year. The latest output figures released by SMMT today put the sector down at a level last seen in the 80’s. In total, 920,928 cars rolled off the production lines, representing a decrease of almost 30 percent compared to 2019 and troublingly close to the 908,906 chalked up in 1984.

Underscoring the graveness of the situation, Mike Hawes, SMMT Chief Executive, said: “These figures, the worst in a generation, reflect the devastating impact of the pandemic on UK automotive production, with Covid lockdowns depressing demand, shuttering plants and threatening lives and livelihoods.” Adding: “The industry faces 2021 with more optimism, however, with a vaccine being rolled out and clarity on how we trade with Europe, which remains by far our biggest market.” Indeed, the EU is by far the largest importer of UK-produced cars, accounting for 54 percent of those made in 2020. In comparison, second-placed United States took 18 percent and China were third with just 8 percent. 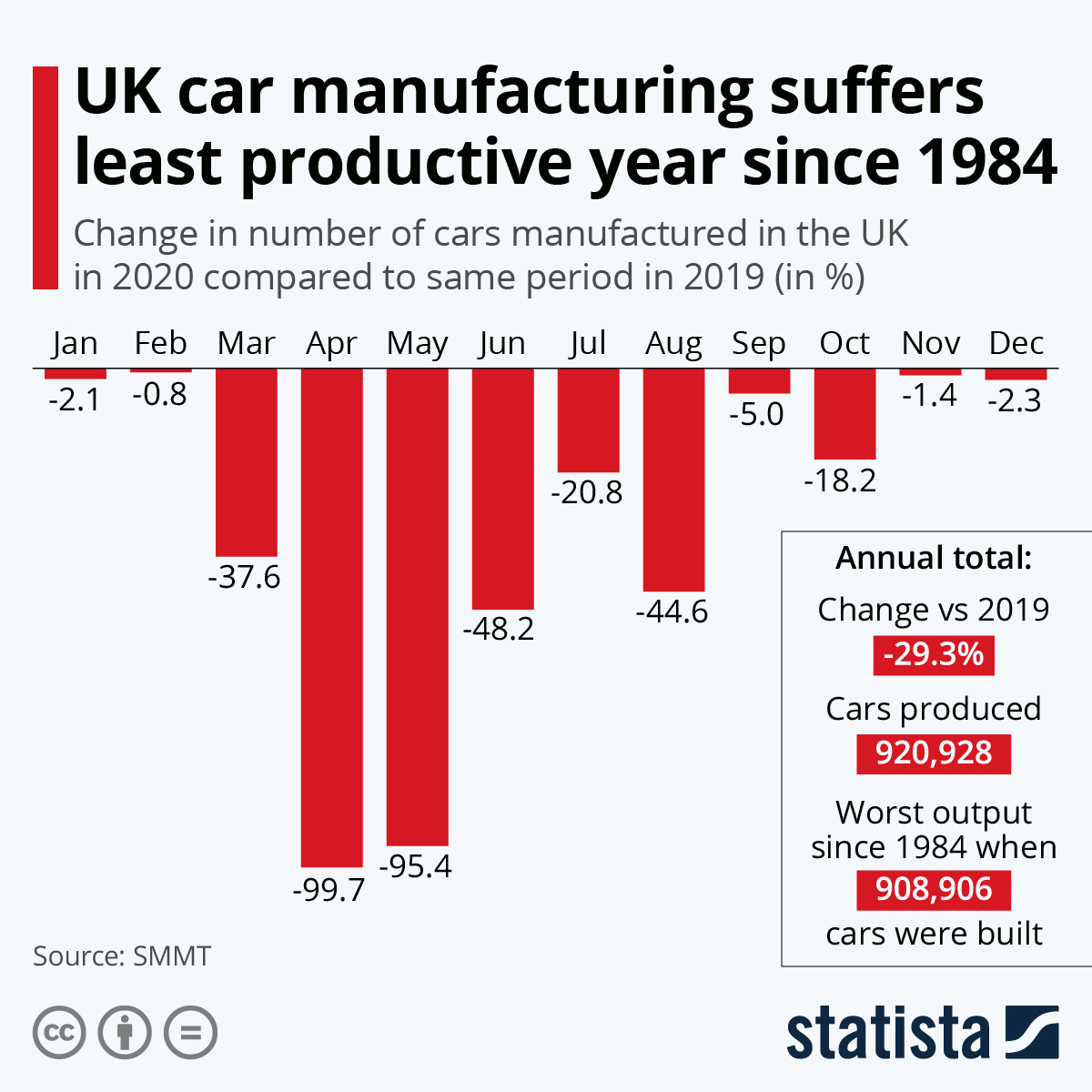